A Rough Start With My Medication 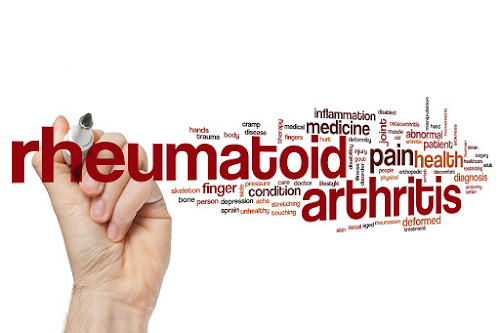 Figuring out a routine for my treatment was not as easy as I thought. For a start I couldn’t get my head round taking medication every day at specific times, sometimes with food, sometimes without, and then at the same time each day. It was so confusing, and since I couldn’t even remember to take paracetamol regularly, how was I ever going to cope with this, especially with a new baby? I couldn’t figure it out; some days I would take it how I should the next I wouldn’t, then I'd forget and other times I couldn’t take it because I hadn’t eaten properly. I could barely find time to shower let alone remember to eat and take medication! Also, at this point I didn’t know how important it was for me to take all the medication in the way I was advised. I didn’t fully understand what could happen if I didn’t.

The drugs and what they do

The specific medications I take are called Disease-Modifying Anti-Rheumatic Drugs (DMARDs). These medicines ease the symptoms of the condition and slow down its progression. DMARDs work by blocking the effects of the chemicals released when your immune system attacks your joints, which could otherwise cause further damage to adjacent bones, tendons, ligaments and cartilage. The two DMARDs I take are Methotrexate and Hydroxychloroquine. Methotrexate is a type of medicine called an immunosuppressant. It slows down your body's immune system and helps reduce inflammation. It comes either as tablets, a liquid that you drink, or pre-filled injection pens or syringes that you inject into your skin. Hydroxychloroquine regulates the activity of the immune system, which may be overactive in some conditions. Hydroxychloroquine modifies the underlying disease process, rather than simply treating the symptoms.

Weeks went by and I was so all over the place with my medication I didn’t know what to do. As a result of not taking it as advised, my arthritis was flaring up all the time. By not getting a grip on the routine I hadn’t done myself any favours whatsoever. I used to just sit and cry because I got so frustrated with myself. Googling over and over what my condition was and what it would do to me only made it worse. I had another appointment in the coming weeks, and I was asked how I was getting on. I’d tell them things were OK and that I was struggling some days with the routine, but I didn’t tell them how much it was affecting me mentally. They did give me ideas on what I could do, such as buying a pill pot and setting reminders on my phone, but those things never really helped me either. Was I just in denial that this was really happening?

Side effects and a different approach

In thinking I would get better without regular medication, I realise how silly I was. Soon enough I was taking it as advised. At this point I was taking Methotrexate tablets. However, I was feeling very nauseous, having chronic tummy pains and I was so weak and tired. I was also having blood tests done every two weeks so my care team could monitor how effective the medication was and make sure I wasn’t suffering any bad side effects. Which obviously I was.

I called my consultant and explained how I was feeling. She arranged an appointment for me to go in and discuss my options. The day soon came, and I was anxious again. I was thinking about how long it had taken to get into a rhythm of taking my medication and now potentially having to start again. My consultant decided the best option would be to start taking Methotrexate by injection, because that method usually doesn’t cause side effects. Although this wasn’t the greatest news, I felt it was better than dealing with the sickness and stomach pains every day, so I decided to give it a go. I would need to attend training for the injections so this is what I did. Well, it was easy enough, surprisingly so. When administered correctly it is a more or less painless procedure. However,…

Nearly ready to give up

I took all I needed home with me that day so I could continue taking everything as normal, only this time it was injections and not tablets. Easy enough, right? Well, the second time I did it the injection was fine (first being in the hospital with a trained nurse assisting me). Just a scratch and no pain really. I survived it. The third time I did it, however, was a whole different ball game. I don’t know exactly what happened, but it was so painful, and my leg was sore and bruised for three weeks! It scared me and put me off doing it again. Whether this was just a one off, going in at the wrong angle, hitting a vein or artery I couldn’t tell you. All I knew was that I didn’t want to experience it again!

Popular posts from this blog

December 12, 2020
As it happened, having Covid wasn’t as bad as I feared. I suppose I got so worked up and panicked because of being ‘vulnerable’ and everything I'd heard about it. After testing positive I called my consultant to find out how it would affect my medications. Because they are immunosuppressants I was advised to stop taking them. I had to top up on paracetamol and ibuprofen instead, keep checking my temperature and call if I needed help! 10,000 Steps Forward... The first few days I had the worst headache and what felt like a burning nose and a slight cough. No persistent temperature though I did keep going hot and cold, and no dry cough either. So I thought, ok this isn't so bad, let's hope it stays this way. I carried on with my 10,000 steps a day, doing the housework, YouTube workouts, walking on the spot, up and down the stairs and dancing with the boys. You name it, I did it, Ha! Until about the fourth day, when I felt like a bus hit me. Everything ached, and I had zero ene
Post a Comment
Read more

Further complications and a minor crisis

July 26, 2020
In the coming weeks I started to feel a little better, at least mentally. I got it all off my chest with the family letter, and felt I was coping. There was a nagging doubt, however, because the way I was feeling physically wasn’t right. I was in pain in places that didn’t seem to fit my diagnosis of rheumatoid arthritis (RA); namely my upper arms and forearms, shins and thighs. I was also a bit confused and lacking concentration — often I would be mid-conversation with someone and suddenly forget what I was going to say. If my boys were playing and one of them accidentally banged into me, it hurt so much, and the pain took a long time to go away. Crazy right? Who knew babies could be so brutal! I stubbed my toe one time, which we all know can be painful, but this was something else. It was so bad I thought I’d broken my toe, and I couldn’t seem to get over the pain. Ha, ha, yes, I know I may be a drama queen but, joking aside, it started to worry me. And then there were two I mentione
2 comments
Read more

Disorder of the Day

September 03, 2020
I don’t ask to be like this, trust me I would rather be living a normal, pain-free life. But the reality is I will never be that ‘normal’ person. I will always be a girl living with chronic and mental illnesses, and with that comes the good, the bad and the ugly. It’s hard enough to admit this to myself, but having people doubt it, as I mentioned last time, is not the greatest feeling. To add to my woes, and probably as a result of all that’s happened to me in the last two or three years, I’ve recently been diagnosed with Health Anxiety and Panic Disorder.   To break it down a bit, Health Anxiety is when you spend so much time worrying you’re ill or about to become ill , it starts taking over your life. Symptoms include: Always worrying about your health Constantly checking your body for changes Seeking reassurance from others that you’re not ill Worrying your doctors have missed something Obsessively looking at health information on the internet or in the media Avoiding anything t
Post a Comment
Read more